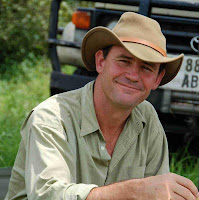 When Tarangire National Park was gazetted, back in 1970, few foresaw the looming population explosion, or the farms that would spring up in what were then, important wet-season dispersal areas for migrating herbivores.

That has now come to pass. Populations of migrants such as wildebeest and zebra have crashed, largely cut off from their ancestral calving grounds. 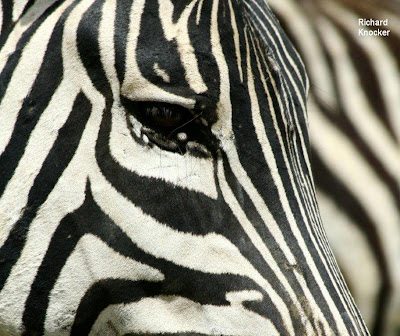 AWF (African Wildlife Foundation) recognised the need to protect important game corridors outside National Parks, in order to keep the old migration routes open. An important (if controversial) move was the purchase of Manyara Ranch, a 44,000-acre chunk of land occupying a central position in the vital Kwakuchinja Corridor, connecting Tarangire to the nearby Lake Manyara National Park.
http://www.awf.org/content/solution/detail/3505/

This is an attempt to achieve that holy grail of wildlife management – involving the local community in a sustainable conservation model, to the benefit of both people and wildlife. I wish them well. National Parks in Tanzania are, on the whole, in pretty good shape. Sure, there are inevitable issues, such as poaching. But I think most people are reasonably confident that, in 50 years or so, the parks will still be wildlife havens, providing enormous enjoyment to many visitors – and vital dollars to the national coffers. The future for wildlife outside the protected areas is much less certain.

There are similar projects afoot elsewhere in the region: north of the border, in Kenya, the Northern Rangelands Trust works closely with local communities, helping them to set up conservancies with fancy lodges so they can benefit from their wildlife resources. So far, NRT is involved in projects involving 15 communities, thereby helping to conserve hundreds of thousands of hectares of land in northern Kenya.
http://nrt-kenya.org/home.html

Here in Tanzania, high flying hedge fund manager and hunter / conservationist Paul Tudor Jones has been investing heavily in the Grumeti Game Reserve and Ikorongo Game Control Area, two degraded hunting blocks, lying just outside the western boundary of Serengeti National Park. The project has had its ups and downs but the proof of the pudding is in the eating: a few years ago, you would have been hard pushed to find much game in this area, so bad was the poaching. Now, it offers first-class viewing, with plenty of important species such as cats and elephant as well as hordes of plains game. Importantly, it now serves as an excellent buffer for the western Serengeti, which has historically suffered from massive poaching and wood cutting. And their conservation arm is leading the charge in the planned re-introduction of black rhino into the Serengeti ecosystem, to bolster the existing population.
http://www.lexdon.com/article/Grumeti_Reserves_and_Paul_Tudor/49004.html 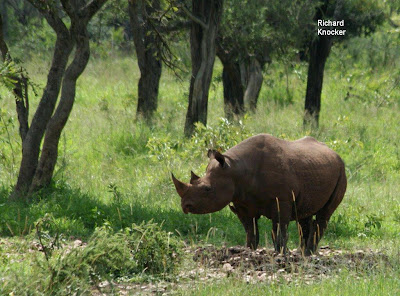 What these projects have in common is the recognition that, outside the parks, successful conservation requires involving local communities and relies on the profit motive: I will protect that which benefits me. In other words, enlightened self-interest.

Contrast this with the situation elsewhere, in areas beyond park boundaries and lacking free spending conservation-minded billionaires: wildlife numbers are plummeting; the mechanisms and methods employed by wildlife authorities are, on the whole, outdated and simply not up to the task of conservation in the modern era. A lot of stick and not much carrot. And did I mention leaden bureaucracy?

Official policy has it that wildlife is a tremendous resource, a precious source of revenue, something to be cherished and nurtured – a blessing. The reality on the ground is somewhat messier: wild animals eat your crops and livestock; they are a threat to kids on their way to school, or women collecting firewood; and it is virtually impossible to make money from this ‘resource’, thanks to the convoluted and expensive bureaucratic procedures mentioned above. A neat example: a friend running a local NGO recently told me that the cost of creating a WMA (Wildlife Management Area) which is the legal process for Villages to regain control over their natural resources and develop commercial community toursim projects, could run up to a quarter of a million US dollars. Villages in rural Tanzania don’t HAVE that kind of money, which means that conservation can only happen in conjunction with large NGO’s with deep pockets. 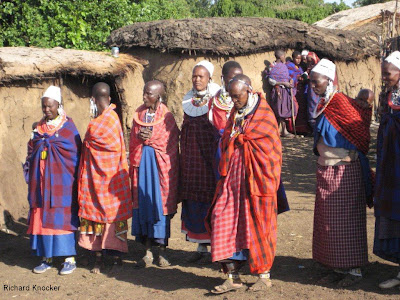 Which means, once again, dependence on foreign aid…
What it really means is that wild animals are only really of any value dead, cut up into pieces and sold off to townies as bush meat.

So bring on the new private initiatives: if the game is to survive outside the parks, we will need this kind of approach.
Posted by The Map's Edge at 11:10 AM 2 comments: