Lamai, Northern Serengeti, August 2011 - an extraordinary weather pattern of rains. Luckily, the burning on the Tanzanian side of the Mara/Serengeti boundary facilitated the return of lush green fields. Hence, the swing of the migratory herds to and fro was a key characteristic of the safari. We saw lots of the concentrations of wildebeest 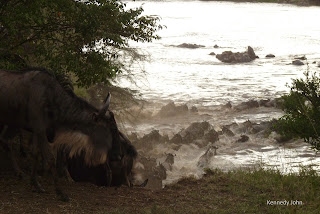 ..........and general game: a coalition of 3 brother cheetahs around Nyamalumbwa, killing yearlings and calves born in last March; rhinos along the Sandriver and the 2 main lions prides the Nyamalumbwa Pride and the Kopjes Pride. 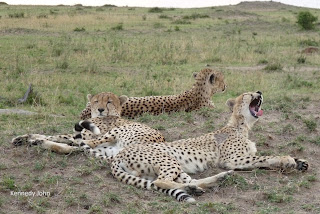 Because the grass was short on the plains around the Mara River, we witnessed some good crossings though, as is more usual nowadays in peak season, a large number of other vehicles around these areas. It is something to worry about, as the park regulations seem to be pushing more towards crowding rather than spreading the tourist load and, as the a result, the exclusive experience is becoming more compromised. 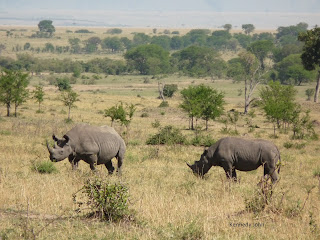 September in Serengeti. A brand new lodge, still settling in to its place, but we were there at best time for the area. Fantastic sightings of lion,cheetah and leopard not to forget crocs and hippos.The grande finale of the safari - hours and hours of the great Mara River crossings, to and fro, within a span of just a few hours. 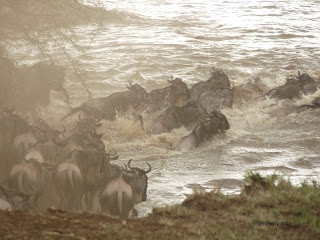 Then, into the wilderness of Western Tanzania: Chada Katavi. Thousands of hippos crowded together in small, muddy pools in the drying river beds. Hundreds of crocs piled together in the caves on the banks of the Katuma River, probably having slowed down their body metabolism to survive through the hard times with minimum energy required. 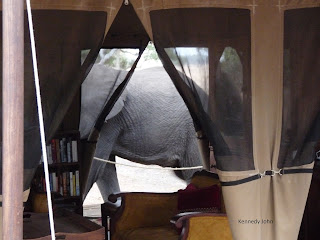 Mahale Mountains: beautiful lake, the spectacular Nkungwe Mountain ranges, were it is said the savannah and the tropical rain forests meet and hence, it is a haven for primates....But the most unusual thing was a coup d'etat when the then Alpha chimp male was deposed and brutally killed by the other chimps - a thing which has never been observed even by the Japanese researchers in their 40 plus years of research. For more than 3 days after the saga, it was like a curfew had been declared and it was difficult to spot a chimp anywhere. But, as usual, sanity came back and the Great Apes were around the camp on our last day. 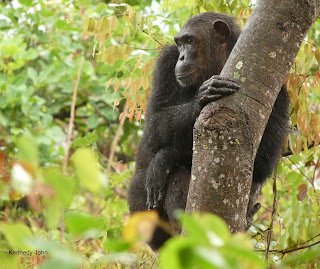 A safari through the Serengeti in March 2012. Memorable sightings:the rocks between Sayari Camp near the Mara River and Lamai Serengeti camp  are probably one of the best cat habitats in the area. This time, we had the resident lion pride with their 8 cubs so close to a leopard with its cub to such an extent that we enjoyed a drama of the large pantherines chasing around their smaller spotted cousins around the rocks. It is worth noting that this area is now rich in rhinos and we were lucky to see 5 very close around the Sandriver. Southern Serengeti was dry, despite it being March and the migratory herds had moved out to around Simba Kopjes and Seronera, but, as usual, there were some nice suprises for us. A shy striped hyena and its cub and the usual large number of cheetahs made the day there very enjoyable.. 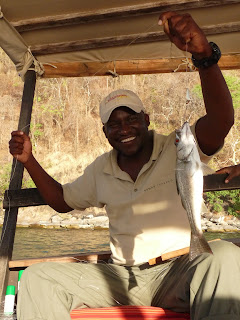